In this week’s Monday Morning Brew we talk about what it takes producers to put on a long standing show in Malta and Gozo.

In this week’s Monday Morning Brew we look at putting on a long standing show in Malta and Gozo.

The Way It Is

Malta and Gozo are small islands, with an average population of about 450,000 people. That number is ever increasing, with many settling in Malta to work here or to retire. Strange as it may sound, this island offers many work opportunities that larger countries are struggling with at the moment. This is good for entertainment purposes since people seek ways to entertain themselves throughout the week.

Malta An Island Of Year Round Entertainment

In summer, Malta offers the ideal grounds offering residents and visitors a vast choice of live outdoor entertainment. This ranges from small open air gigs to large scale internationally acclaimed concerts. Events such as the ‘Island of MTV’ take place annually in Malta and attract many visitors. This year is an exception as they could not be organised due to the Corona Virus.. Some hotels do offer their guests a good variety of professional entertainment with various show productions on their stages. Other hotels seem to focus solely on music. These are mainly solo or duo musician/singer acts who play their way through each night at the venue.

However what we have not seen on the island is a long standing musical like The Phantom of the Opera or variety shows such as is the Moulin Rouge both currently closed due to the Corona Virus. As a matter of fact, the longest evening production show in Malta we can find is, ‘The Chamber of Mysteries’ a dinner show featuring magic, illusion and mind reading. This has been running since 2011, on a weekly basis, only having to temporarily stop due to the Corona Virus.

It seems, the number of people in Malta makes producing a long standing show an unsustainable task. With shows like the Phantom located in London and Moulin Rouge located in Paris, both iconic destinations with millions of residents and even more visiting, these shows can afford to invest a huge chunk of money on their productions making them sustainable. On the other hand places like Malta, where venues are relatively more expensive to rent and where productions will require to depend on tourism to survive, marketing and production costs are higher and unsustainable on the long run.

Therefore in order to quench the thirst for such productions, producers opt to put on different show productions for a limited period of time. While this is good and offers a variety to residents, it limits the performers’ abilities to excel in their performance and become more proficient in what they deliver.
Some other productions, such as Bla Kondixin, a satirical comedy show in Maltese, use a different script every year. However these annual shows are available for a certain number of weeks, mainly due to the limitation on demand. 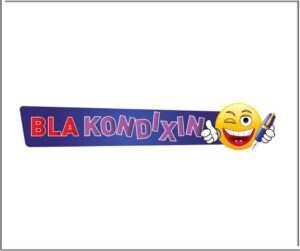 However there is a much wider perspective to look at besides from the production and performers’ point of view. This is the visitor’s point of view. As ‘The Phantom of The Opera’ is to London and ‘Moulin Rouge’ is to Paris, what does Malta have in terms of a live show production that is to its Capital City, Valletta?  We are not talking about historical acts or a place of interest. There are many of those in Malta. We are talking about a live performance, with professional performers putting on an entertaining show. A show visitors would want to have to go and watch. This could place a long running renowned production on the city’s map.

The opportunity to have this in place could have been during V18. This was the year that Valletta became the European Capital of Culture. The years leading to 2018 could have used the resources available to create, produce and implement such a production. A production that could have become an association to the city itself. Although it would have had to stop due to the pandemic, it would have been able to take off once again once we get through this weird time in the world’s history.

Naturally, there will be other opportunities where such a production could be implemented in the future. Perhaps, in the meantime, someone could identify people who have long standing professional production and performing experience, both locally and abroad, to start planning something of the sort that will last the test of time, ready to implement it as soon as the first opportunity arises.

Have a show? Promote it on our Event Calendar For Free!

Entertainment Malta, is a website for you to discover entertaining places, events and things to see and do around the wonderful Maltese islands. It is all about what’s on in Malta and its surrounding islands. View all posts by Entertainment Malta